New research suggests that walking at least six miles per week may protect brain size and in turn, preserve memory in old age, according to a study published in the October 13, 2010, online issue of Neurology®, the medical journal of the American Academy of Neurology. 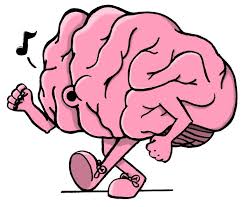 Brain size shrinks in late adulthood, which can cause memory problems. Our results should encourage well-designed trials of physical exercise in older adults as a promising approach for preventing dementia and Alzheimer’s disease, said study author Kirk I. Erickson, PhD, with the University of Pittsburgh in Pittsburgh.

For the study, 299 dementia-free people recorded the number of blocks they walked in one week. Then nine years later, scientists took brain scans of the participants to measure their brain size. After four more years, the participants were tested to see if they had developed cognitive impairment or dementia.

By four years later, 116 of the participants, or 40 percent, had developed cognitive impairment or dementia. The researchers found that those who walked the most cut their risk of developing memory problems in half.

The study was supported by the National Institute on Aging.

Reference for this Journal Article

Researchers from Frontiers in Aging Neuroscience followed 65 adults (aged 59-80) who were part of a walking; or toning and stretching group.  All participants were inactive before the study,  reporting less than two episodes of physical activity for 30 minutes or more in the previous six months.

These professional couch potatoes as one researcher described them have proven that even moderate exercise in case walking at ones own pace for 40 minutes 3 times a week can enhance the connectivity of important brain circuits, combat declines in brain function associated with aging and increase performance on cognitive tasks.

In this study, neuroscientists identified a brain circuit called the default mode networked (DMN) which dominates brain activity when a person is least engaged with the outside world for instance, when day dreaming.   This circuit, like all the brains circuits, loses connectivity as a person ages.  So its good news that a simple activity, like walking, can counteract this process and enhance connectivity.   (So you can keep on daydreaming!)