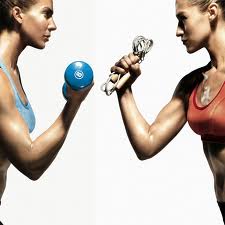 Weight training alone is not an effective way to reduce the risk of heart disease or diabetes if you are overweight, but aerobic training might be, according to a new study from the Duke University Medical Center.

Participants in the study were divided into three groups for eight months. One group did only resistance training, working out on eight different weight machines three times per week. The second group did two hours of aerobic training per week, and the third group did both programs.

Although the combination of weight training and aerobic training produced the best results, the study published in the American Journal of Cardiology says that it is hard to determine whether the difference between the combined group and the aerobic group was due to the combination of training being more effective or simply forcing participants to work out twice as much.

“When weighing the time commitment versus health benefit, the data suggest that AT (aerobic training) alone was the most efficient mode of exercise for improving cardiometabolic health,” says the study, titled “Comparison of Aerobic Versus Resistance Exercise Training Effects on Metabolic Syndrome.”

Exercise also plays a prominent role in reducing the risk of sudden cardiac death, which is the result of a sudden loss of heart function due to problems with the hearts electrical impulses, according to another study published earlier this month in the Journal of the American Medical Association.

By analyzing data on lifestyle factors of more than 80,000 women over the span of 25 years, researchers found that those who worked out regularly and also had a healthy body mass index (under 25), did not smoke and ate a well-balanced diet significantly reduced their chances of sudden cardiac death. 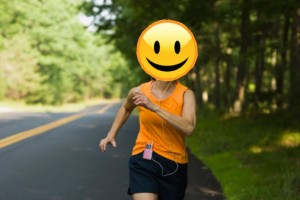 Its pretty common to be excited when you start a new exercise program. Theres hope that you’ll finally reach your goals, you’re immersed in a new regime, and because you are starting fresh, your mind is a little more engaged and curious to see whats coming next.

But after a few months, how do you keep that going?

Here is a list of 10 ways to stay excited about exercising, and below are some of my favorites that I use too:

1.) Make exercise a part of your schedule. This personally is crucial for me. If I block out the hour, and have a workout regularly dedicated to this time slot, that’s it- I have my plans set in stone and theres no backing out!

2.) Mix it up. I try one new exercise routine or format every other week. Even just slightly mixing up something I normally do keeps me engaged and challenged.

3.) If you ever happen to miss a workout (life gets in the way, so this does happen sometimes!) re-motivate and make a game plan right away. Figure out how you can reschedule that workout and stick to it!